day tripper (noun) a person who goes on a trip, especially an excursion, lasting all or part of a day but not overnight – dictionary.com

There are days that are meant for travel:  a full tank of gas, some cash in hand, and a destination plugged into the GPS. Quirky locales are close to home, but you must venture beyond the interstates and chain restaurants to discover them.

The road beckoned me one steamy Thursday in June. I had read about the Moonshine Store, an out-of-the-way cafe south of Martinsville that served up hamburgers from 6:00 AM until 1:00 PM Monday through Saturday. It had even been featured on the CBS Sunday Morning Show. I was craving a good burger, so off I went.

Sticking to the back roads is an adventure. On the two hour trip down I referred to the map on my phone, but I didn’t plug in the directions. I wanted to see if I could get down there without Mabel (my GPS gal) telling me I was going the wrong way. I did have to turn around two times when I saw the blue dot (me) going the opposite direction of the blue lines.

The roads were bumpy and often deserted. I did get behind a few slow moving farm implements, but as I passed I offered a wave of respect. Since it was just late June, I could see the horizon over the fields of corn and soybeans. A few weeks later and I would be driving through tunnels of green. 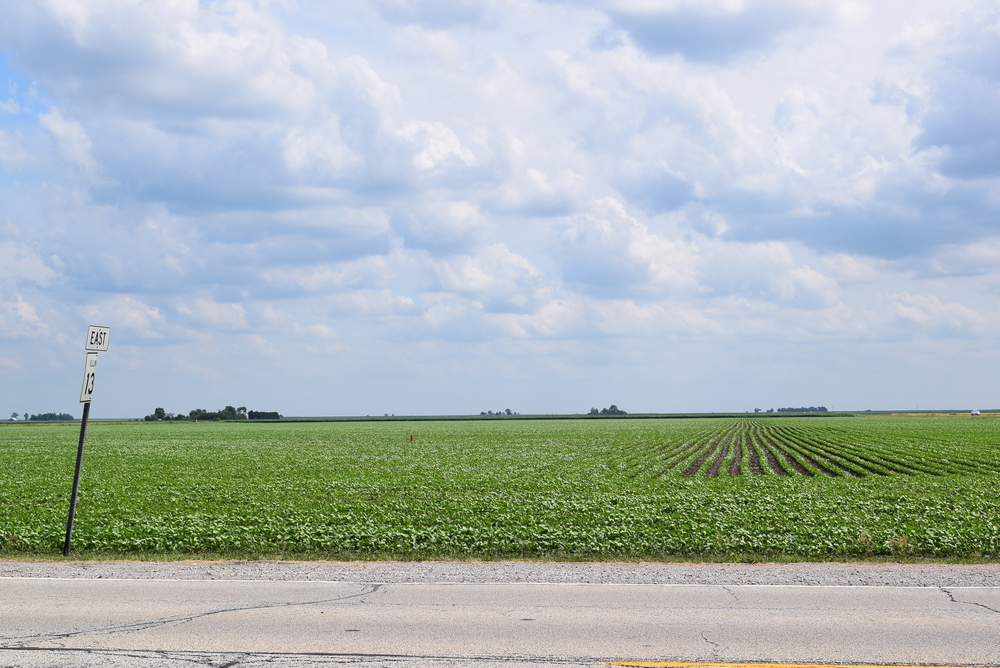 I meandered through a few small towns, most with forlorn downtowns and once stately homes. I spied cemeteries, quaint churches, rusted-out tractors, and road-side taverns. Outlaw Country on satellite radio serenaded me on my drive past old, dilapidated barns. I was on my way.

I knew I was close. The GPS said so, but I wasn’t sure until I saw all the cars parked in the grass across from the only building in the town of Moonshine, population 2. I drove through the grass to park, and grabbed my purse and sunglasses. I wandered into the dark wooden building to find it packed with customers. Families, farmers, tourists, and older couples filled the tight quarters with only one purpose in mind: Moonburgers. There are no hot dogs or salads on the menu, only burgers. You can order a single, double, or triple, and you can add cheese or bacon. That’s it. As I waited for my burger, I settled into a tight space on a bench and ended up chatting with an elderly woman from Robinson who said she and her husband come to Moonshine at least once a week.

After they called my name I headed out to the picnic tables to enjoy my lunch. A cheeseburger, corn chips, and soda are not my usual fare, but this day was special. All I can add is, “Yum.”

A quick pic for a Facebook post and then I was off. I wanted to find nearby Casey, but was diverted when I saw a “Berries” sign. I did a u-turn and found myself at a family-owned farm with neat rows of fruits and vegetables. Since I was the only customer, the owner gave me a tour of the chicken pen. I loaded up on blackberries and blueberries and was off again.

Casey offered me up a bit of a respite from the heat. I took quick photos of the giant rocking chair and wind chimes, and then wandered in and out of a few antique stores. I ended up finding turn-of-the century copies of Rime of the Ancient Mariner and Last of the Mohicans. My favorite thing about old books, along with the delicious smell, is when I find writing on the inside covers from former owners. I love the neat, deliberate penmanship. There is a story in every signature and date carefully preserved on those yellowed pages. 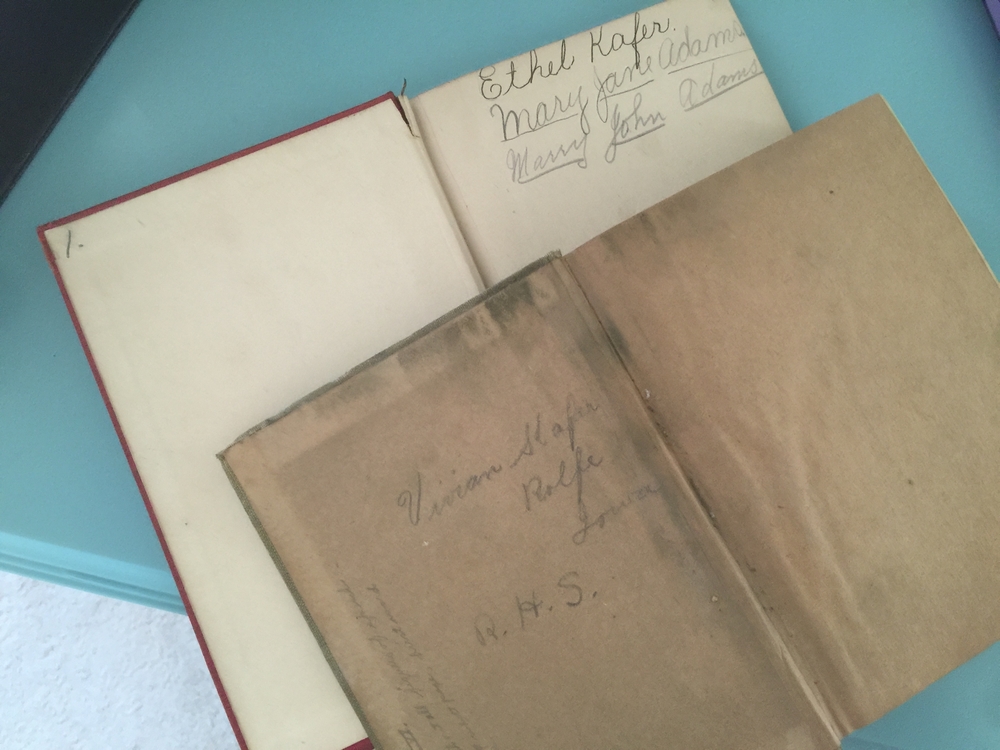 After my stop in Casey I thought I would head home, but when I checked my Facebook page (Never an easy task in the country. The cell service is spotty and often miles go by without a connection.), I saw a recommendation from a former student of mine for a nearby winery. I checked the map, and decided that this was the day for spontaneity, so I headed east. This time I did let my GPS gal guide me, though. This trek took me through different terrain. The farm fields were replaced by hilly, wooded lanes. I spotted hawks circling above, raccoons scampering across the road, and a pair of small deer stopping right in front of my car. I was enchanted as I let Mabel lead the way.

As I pulled into the winery’s parking lot, I saw a few cars. “Good,” I thought. I won’t be the only one here. Wrong. I entered the cool space and realized I was the only customer. The gracious owner came out of the backroom to offer me tastes of a few refreshing whites. I bought one (only one!) glass of bubbly, and then went to the back patio for a quiet meditation. Despite the heat and a few buzzing wasps, I enjoyed the tranquil views of the vines. 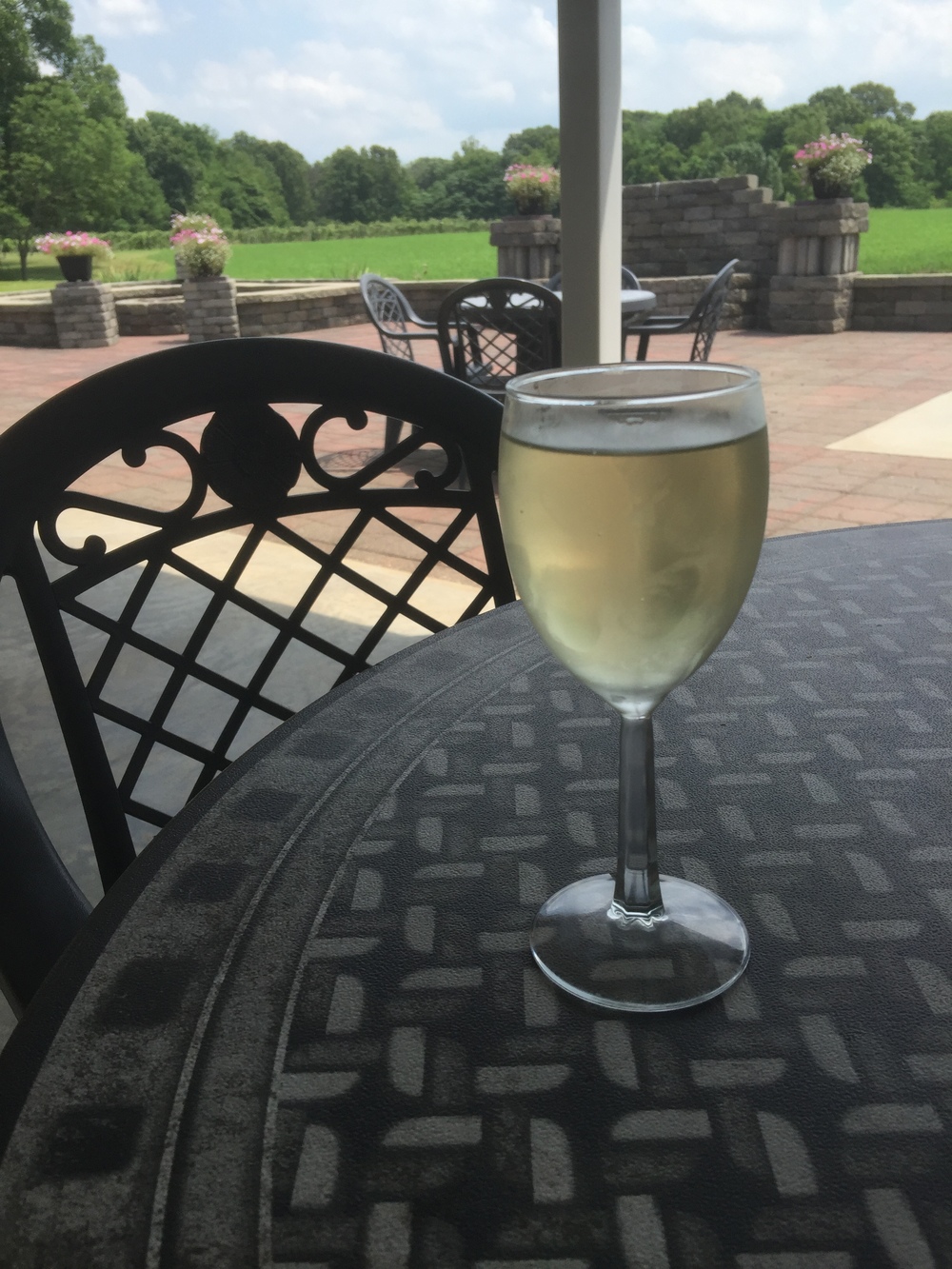 Now it was time to return home. Mabel took me back through familiar hamlets, each complete with a Casey’s, a Dollar General, and a local watering hole. I decided I need a quick side-trip to visit relatives. I found them all gathered together in a pleasant point off the main road.

I reviewed my stash: two bottle of Cheerwine (to be used in a pie recipe I spied) and a t-shirt from Moonshine Store, two pints of berries (for another pie), antique books, and a couple bottles of wine. This day trip was a success!

I love these solo jaunts. I am able to really see things for myself, explore out-of-the-way oddities, and sing out loud like a crazy lady to my favorite tunes. I’m never lonely. Life can be a highway, if you choose to veer off the main roads to check out the unusual.

I’m just sorry I didn’t know about the llama farm right down the road from Moonshine. Next time, my furry friends. Next time.

I will leave you with a few more pics I took as I rambled the blue highways of the far-eastern part of my home state. 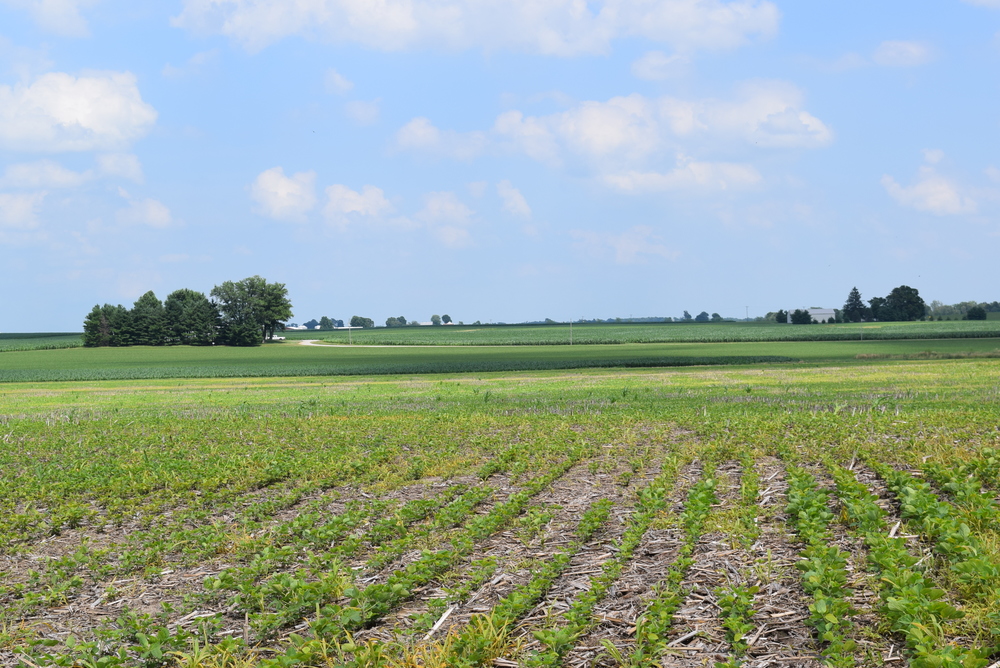 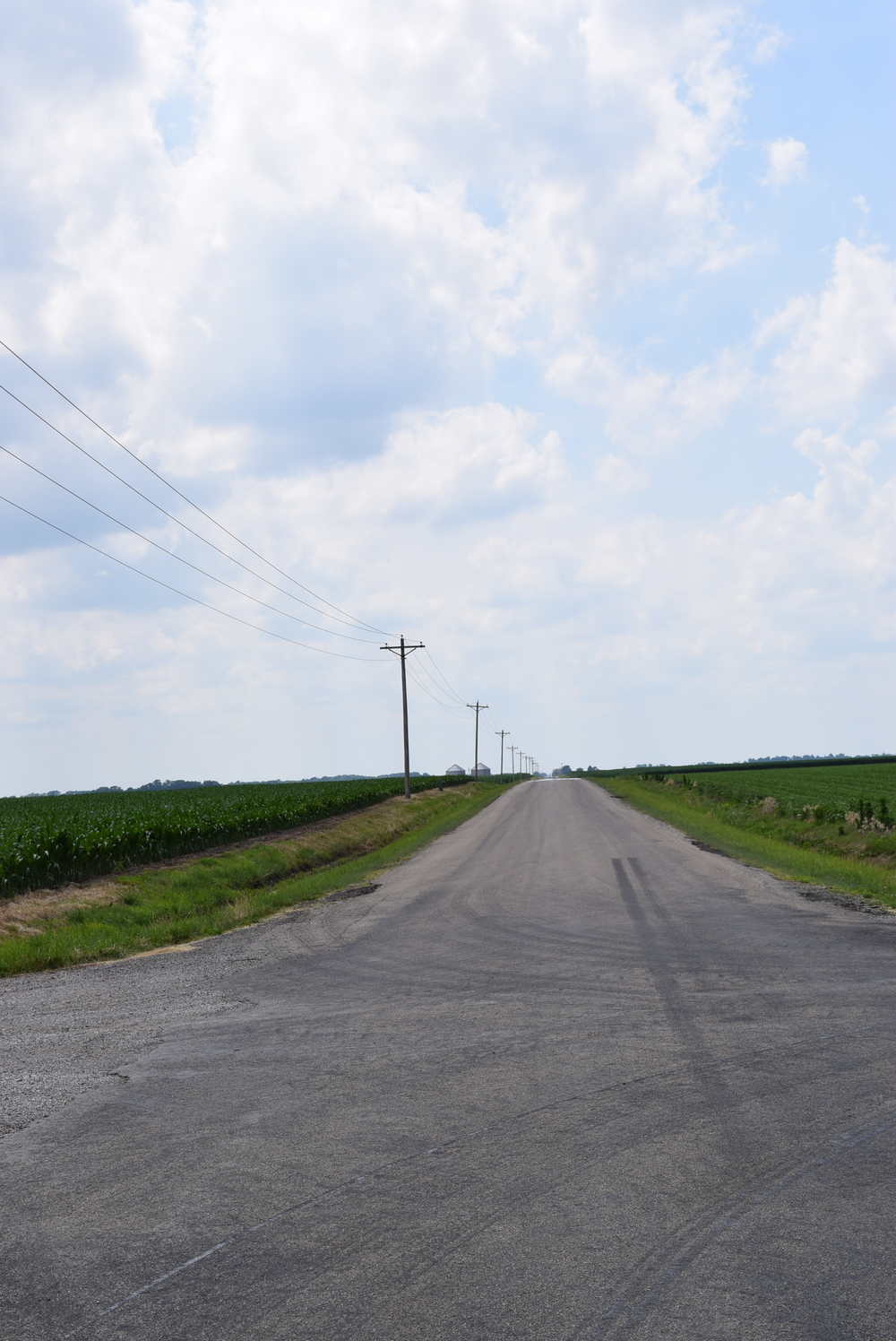 One thought on “Day Tripping”