Here I am sitting in an airport waiting on a four hour weather delay. Once I went through security there was no turning around, no escaping this crazy madness of humanity. Everyone is either walking to the rhythm of their clacking suitcase wheels or thumbing through their phones. A few are chatting with travel partners, a select few are actually reading newspapers. The TSA are a rather friendly bunch, considering the crappy jobs they have. Every ten minutes or so there is an announcement looking for individuals who have lost computers, purses, or bags. The bars are crowded, even at 11:00 AM.

I have already had breakfast, drank two Bloody Marys, bought and finished a bottle of water, and picked up an adult coloring book (looked relaxing).

What have I observed so far?

A gaggle of guy volleyball players from a local college. (I can tell from their sweatshirts.) I don’t know if they are heading down to spring break or traveling to a tournament.

A group of four playing a spirited game of cards.

A large security guard gliding down the terminal on a Segway.

A young man simultaneously on his laptop and cellphone.

A woman attempting to text and walk without bumping into anyone.

A team of young women exiting security. I am not sure who they are or where they are from.

A backwards hat guy with a Monster drink in one hand and his phone in the other.

A young mother with her toddler on her hip. She is keeping him occupied as she points out the planes on the tarmac.

A tall young woman clad in a sweatshirt and short shorts with tattoos down both legs.

Dad holding the arm of his mentally disabled son who appears to be playing with his fingers.

An older man finishing up a peach and some Girl Scout cookies. I’m thinking his wife packed him some treats for the trip.

A young man with dreadlocks and a green beanie calming his baby girl with quiet talk.

What are airports but holding pens for those of us who wish to board scary metal tubes that will take us to distant destinations, some exotic…others not so much. We all have different reasons we are here, but all want to arrive safely. Everyone has their own travel story.

Me?  I am just waiting to see my son, my baby, my heart. The city by the bay patiently waits for me as I sit and watch the world go by with each rolling suitcase that passes through the echoing terminal.

“People come back from flights and tell you a story like it’s a horror story. They act like their flight was like a cattle car in the 1940’s in Germany.

That’s how bad they make it sound. They’re like, ‘It was the worst day of my life. We didn’t board for 20 minutes and they made us sit there on the runway for 40 minutes.

Oh, really? What happened next? Did you fly in the air, incredibly like a bird? Did you partake in the miracle of human flight you non-contributing zero?” – Louis C.K. 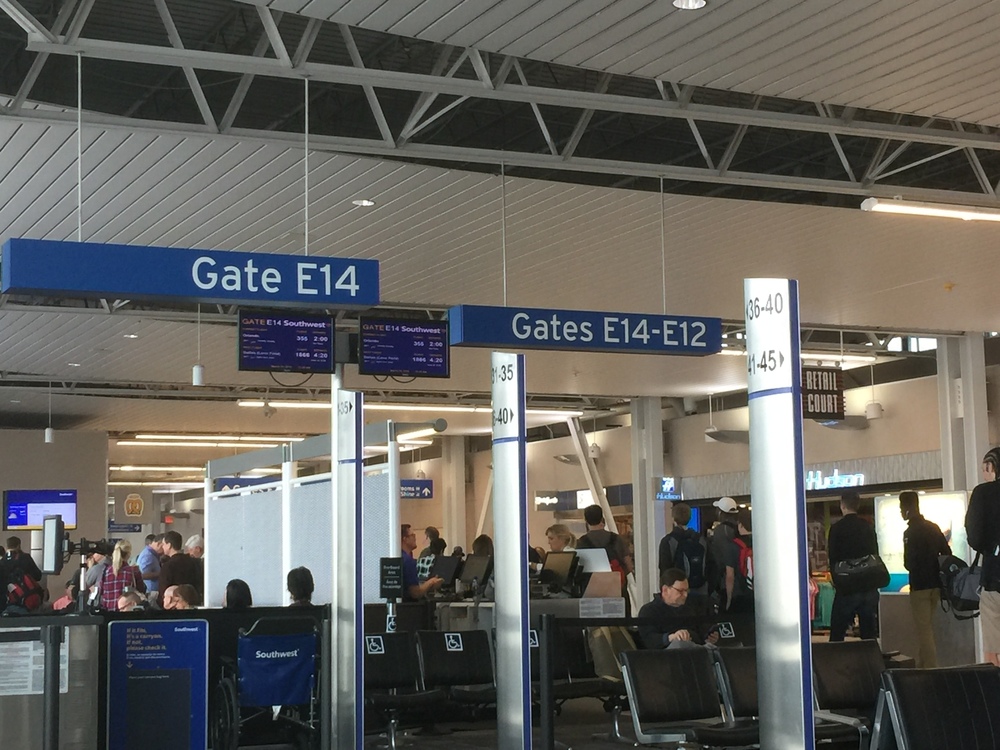