At the end of Act III in The Tragedy of Romeo and Juliet, Lord Capulet physically and verbally abuses his daughter when she says she won’t marry Paris. He calls her despicable names and says he will throw her out in the street if she doesn’t do what he says.

“An you be mine, I’ll give you to my friend;

an you be not, hang, beg, starve, die in the streets,

For, by my soul, I’ll ne’er acknowledge thee,

Nor what is mine shall never do thee good:”

Every time we read this scene, my freshmen girls would gasp. “How can he talk to her that way?  Can’t she refuse her father? Why doesn’t she just run away?”

I would then explain that young women didn’t always have choices. Their lives were dictated by the whims of men. Girls went from their fathers’ homes to their husbands’. They were expected to run a household and raise children. Most were not educated. They couldn’t work, vote, express opinions, or even travel alone. Life was limited.

Most women today live in a much wider world than our sisters of long ago, but there are still restrictions everywhere you look. We are catcalled on the streets, judged by our looks, and belittled when we speak out. Men are trying to mandate our bodies. Rape is often ignored and overlooked. There are young girls who are denied an education and sold into marriage at a young age. Women are still fighting to have a voice.

We aren’t just princesses – we all possess the capacity to be powerful queens. Don’t let your voice be silenced in this loud, often cruel world. Speak out, educate yourself, be your own advocate. Raise women up, don’t beat them down. Support each other. Love each other. Listen to our roar, and celebrate women today and every day. We have the power to change the future for the better.

“I love to see a young girl go out and grab the world by the lapels. Life’s a bitch. You’ve got to go out an kick ass.” – Maya Angelou 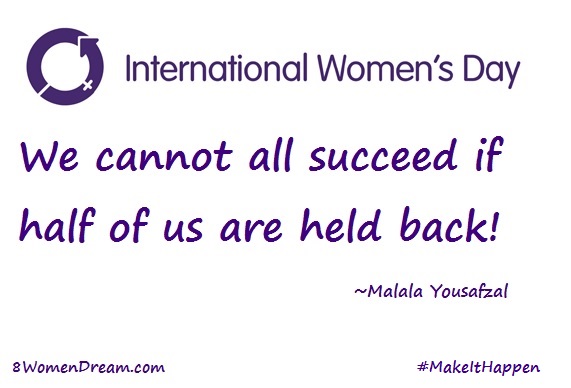